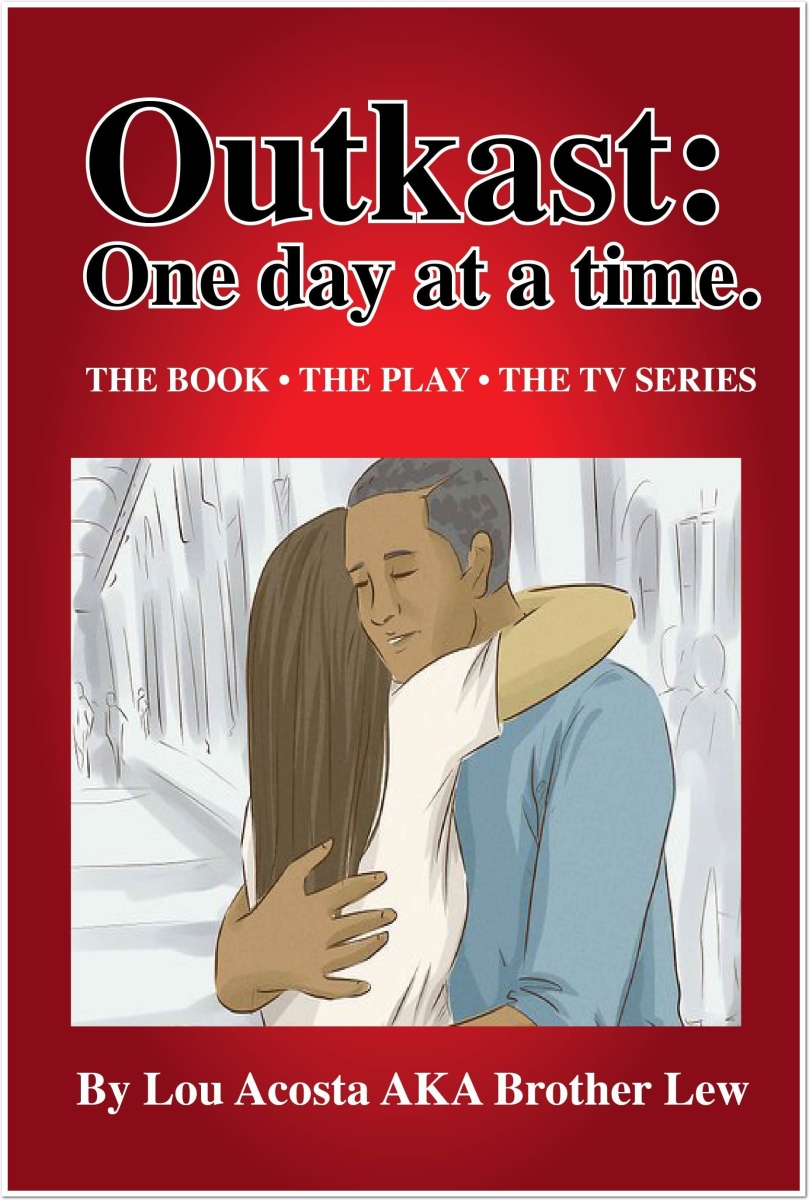 March 2020 - The Outkast is a modern church going family whose past you only read about in the most shocking newspapers and magazines. The story lines vary between what they're
experiencing in their daily struggles to keep it straight and not falling to the strongholds that had them bound in the last nine years of this family's horrific past.

Episode 1: The first episode begins when the pastor of the local church comes over to their house and ask if they would like to be more involved in the church as community outreach ministers.
They both looked at each other as though they knew that the question was coming.
Ben answered first:" Pastor Troy I don't think that you realized what are back ground really is?
Jo: Kids can you please go to your rooms:
Mandy: Mother it isn't as if we haven't heard it all before?
Ben: "Mandy you already know our past and why we were away from you for so long, but we want you to try
and leave it in the past and I just don't like to bring those things up around you kids.
Jack:" He's right Mandy let's go
Mandy: "Oh alright, excuse us Pastor Troy" Pastor: "sure thing kids.

Ben: "Ok, Pastor here is the short version of it." " We were married in New York city I wanted us to have a straight life with our two kids, get away from the motorcycle mama's and papa's. I was a retired Gang leader in New York, but if you know anything about gangs once you're in, you can never get out. So, I still got out, but in the midst of it all I was set up by other members and i got locked up and spent 7 years fighting my case. Within months after my arrest, Jo was kidnapped, by gang members posing as human traffickers and traded on the market to other gang members. She went from New York to Toledo to Iowa to Arizona to Seattle and finally ended up in California. I got out 7 years later, and the only thing on my mind while I was in there was to find my wife and get my family back on track.

Pastor: " Wow that must have been terrible going through all that for both of you".
Jo: You can't imagine, the things they put me through, the drugs, the men, everyday I asked God to let me die, but the only thing that kept me going and kept me alive was my kids and my husband, not knowing if I would ever see them again".

Ben: "That's the only thing that kept me sane in Prison knowing that one day I would be released and try to find her.
Pastor:"What about the kids did the grandparents keep them while all of this was going through?"
Jo: Yes we are thankful for that that they were so loving to the kids and they all took turns watching them grow up.
Pastor: "Wow i never expected this?".
Ben: "I know pastor and we didn't know how to tell you but we won't go back to church and embarrass you any longer".
Jo: Yes pastor you've been good to us and we apologize".
Pastor: "Apologize are you kidding me"? You guys have some of the best testimonies that I ever heard of? "You worried about our congregation?"Listen we have some of the most dedicated people working outreach and they would love to hear your testimony. Don't you understand that by you giving your testimony you can help reach many people that have gone through some rough times in their lives." " When you read the bible you get to meet a lot of people that were worse off then you. Saul wanted to kill Christians until God met him on the road to Damascus, Mary Magdalene was a prostitute, Some of the apostles were in prison until God cut them loose."Apologize? don't you understand what you two have here? You have what many people lack? You have that rare love for each other, otherwise you both would have given up years ago. We would love for you to join us as outreach ministers and share your stories as well as the Gospel with everyone in our community.

Jo: "I'm glad that we don't have to go to another church because some churches are not so understanding. My daughter was approached at school by some Lesbian girls who cornered her in the bathroom and she was scared of what might happened if she didn't give in, and she told me when she came home that day.
Pastor: "what did you do"?
Jo: "I called some of my girlfriends we went to the thrift shop bought some jean jackets scribbled some gang logos on them and went to the school:.
Pastor: No you didn't?"
Ben: Yes she did and when the girls came out they were surrounded by these biker mama's and didn't know what to do?"
Pastor: " So what happened?"
Jo: They are stay as far away as possible from Mandy, matter of fact she told me the other day that she saw one of the girls cross the street when she saw her and asked me what did I tell the girl?
Jo: "I told her that it was an ancient family secret and we left it at that."
Pastor: " Wow I would have never thought of doing that but then it was effective, not traditional but effective."
Ben: Well Pastor I got to confess that I did something similar with a stalker that was following my wife".
Pastor: "You don't say"
Jo: " Yes, pastor one day I was shopping at the shopping enter and this guy kept stalking down very aisle and when I got outside he cornered me at my car, and who was it? Some guy that moved out here from California for his job, and he was one of the guys that they would force me to date. I told him that I was not that person anymore and to leave me alone or I will call the police. He left me alone that day but he must've wrote down my license plate because the next day he showed up at my job, so i told my girlfriend to keep him busy while i call my husband. and I had explained to my husband what had happened that day. Ben" Yes, so i did the same thing I used some of my old tactics to handle new problems, I confronted the guy and told him that she no longer belong to those guys in California, she belongs to a different click now and they are all Angels in disguise, some may come up to you dressed up in a suit like you wear or in jeans in a t-shirt, it's no longer gang colors and it's the biggest click in the world. So the guy said ok man I got the message, and I believe he did because he caught a plane out the next day.
Pastor: Wow you guys are too much, just what we need in our team a new creative force to get the Word out.(Pastor shaking his head) Wow, that guy must have thought you were talking about the Hell's Angels? Ben: "No I was actually talking about Heaven's Angels, God's Angels the good ones, not the one's that were cast out from heaven".
Pastor:" Well guys i got to get back to church but can I count on you to partner up with us?"
Ben and Jo looked at each other and simultaneously both said: "sure".
(As the pastor walks out, Amanda turns to Ben and says:)" I'm sure glad you didn't tell him about about Jack and the weed situation? Ben:" No we'll probably save that for another episode.

You will venture into the lives of this family, before they were broken up during the times that they were away from each other and the journey to get them all back together again.
So you see folks this family is really living a modern day straight life with a horrible past, dealing with life's adventures on a daily basis. As a TV Series we will bring you various adventures every week, a new episode not only shows you a problem in the daily lives of folks today but also some solutions to deal with them at the end of every program. If you would like to get involve in this project contact Brother Lou Acosta at 440-670-7017 Investors would have to sign a confidentiality statement, as the copyrighted name, story, book and screenplay are adapted.,